Curiosity over colourful clouds on Mars. 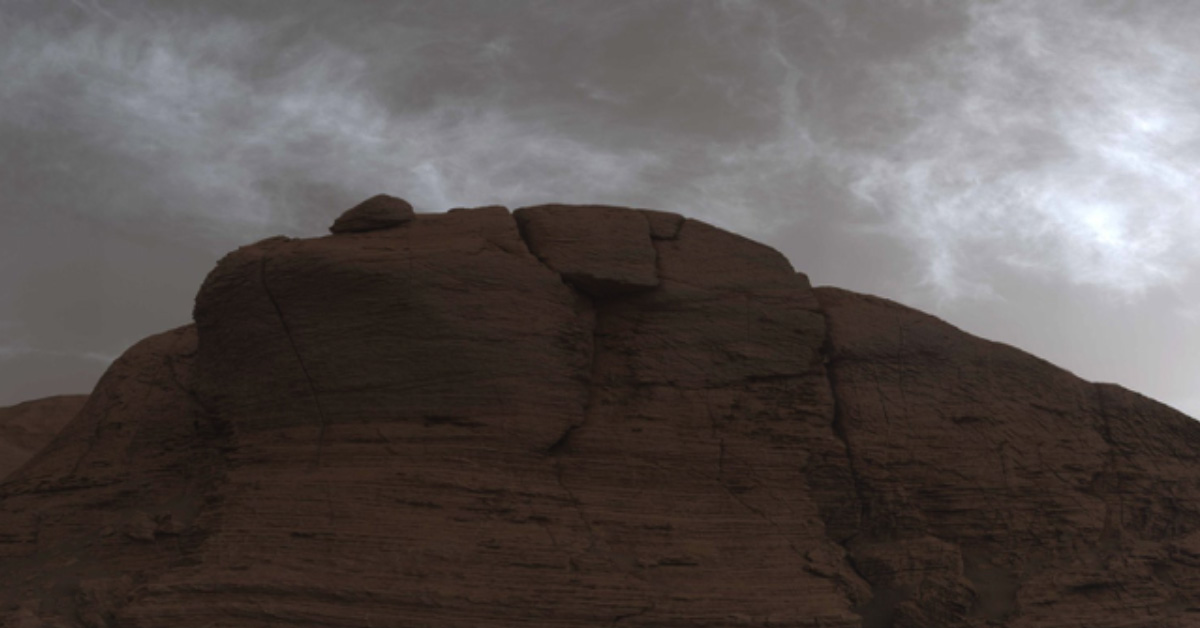 What’s more mind-blowing is that its original mission was supposed to last only two years – it has since been extended indefinitely.

This time, Perseverance’s elder sibling beamed back pictures of dazzling iridescent clouds on Mars – a super rare sight on the planet.

Unlike Earth, the skies on Mars are relatively clear due to its thin and dry atmosphere. Clouds tend to appear in the skies over the Martian equator when the planet is cold and farthest from the sun, which happens every two Earth years.

Currently located close to the equator, Curiosity gives scientists the perfect window of opportunity to witness the formation of these clouds.

Through cloud spotting, Mars researchers hope to gain more insight into how cloud formation in Mars’ thin atmosphere works and how it varies from Earth’s.

The wispy clouds, observed by the Mast Cameras on board the rover, are filled with ice crystals, giving them that sparkly appearance as the crystals scatter sunlight.

More interestingly, the glittery clouds formed at an unusually higher and colder altitude. NASA researchers think that these clouds essentially comprise dry ice, or frozen carbon dioxide, but they are still figuring out why this happens.

Navigation cameras on the rover, which capture photos in black and white, reveal aesthetically pleasing ripples on the clouds as shown below.

Studying these clouds and understanding the Martian atmosphere in more detail will definitely bring humanity one step closer to future manned Mars missions.

While both of NASA’s latest rovers are put on Mars with a common objective – to find out if Mars is, or was, suitable for life – Perseverance is undoubtedly a more advanced version of Curiosity. A neat overall comparison between the two rovers can be seen here.

But the fact that Curiosity is still persevering way past its intended mission timeline is simply a tremendous feat that deserves lots of recognition.

After a successful pinpoint landing in Gale Crater in 2012, Curiosity has made it through multiple events that made NASA operators sweat bullets. Dust storms, sand traps, steep climbs, software errors and hardware hiccups, you name it, Curiosity has seen it all.

Check out an interactive map of the tough robot’s 9-year ‘road trip’ here. Since its arrival on the Red Planet, the rover has found evidence of persistent liquid water in the past, determined that ancient Mars had the right chemistry to support microbial life and uncovered radiation risks present on Mars, which helps NASA design safer future missions for human explorers. A detailed description of all the science carried out through the years can be seen here.

The nuclear battery on the rover will die out in about five years – but what will happen to all that space junk after it goes offline? With Mars getting more and more crowded, the debris problem is something that future Mars missions have to contend with.

Above all, it truly is a marvel to witness the SUV-sized robot persevere in harsh conditions for so long, while still actively feeding humankind’s curiosity for the unknown.

Main Picture: Clouds captured by Curiosity right after sunset on March 19, 2021. The image is made up of 21 individual images stitched together and colour corrected so that the scene appears as it would to the human eye. Photo credit: NASA/JPL-Caltech/MSSS