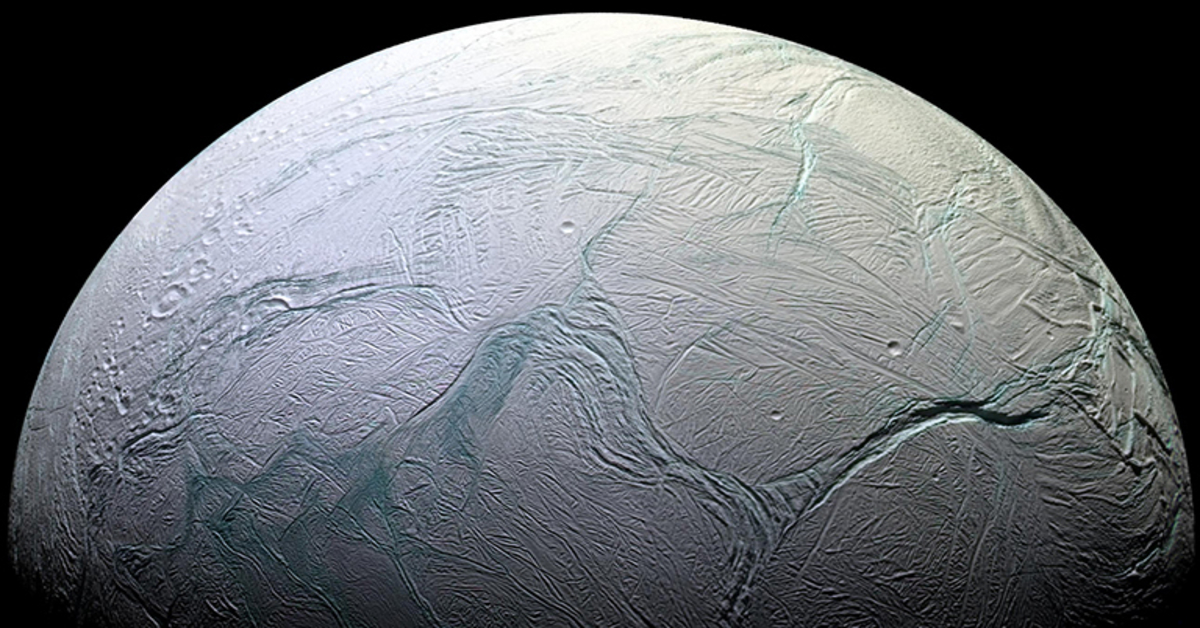 The enchantingly named Enceladus is one of 82 moons orbiting Saturn. But what makes it stand out among its siblings is its possibility of hosting life.

About 25 times smaller than Earth, Enceladus has long captivated scientists with its gigantic water plumes, inspiring much research and speculation about what lies beneath the moon’s icy surface.

When NASA’s Cassini space probe flew through the plumes and sampled their chemical composition, researchers were surprised to detect a relatively high concentration of molecules associated with hydrothermal vents on the bottom of Earth’s oceans. The plumes contained dihydrogen, methane and carbon dioxide – the essential ingredients and byproducts of life.

What did the researchers do instead? They ran mathematical models to simulate different processes that might explain the data obtained from Cassini.

Published in Nature Astronomy, researchers from the US and France collaborated to determine if Earthlike microbes that “eat” dihydrogen and “poop” methane caused the unusually high concentration of methane detected by Cassini. The microbes do so in a process called biological methanogenesis, which is a ubiquitous form of microbial metabolism on Earth.

First, they developed a model to simulate the population dynamics of methane-emitting microbes, whose thermal and energetic niche was modelled after known strains on Earth.

The model was then run based on information provided by the Cassini probe, such as the dihydrogen concentration in the hydrothermal fluid or the plume temperature, to ascertain if the environment is conducive for the microbes. The researchers also studied what effect a hypothetical microbe population would have on its environment. For instance, different population sizes of microbes would influence the escape rates of dihydrogen and methane in the plume.

Results were very promising. Even the highest possible estimate of methane production without the aid of microbes, based on known hydrothermal chemistry, is far from sufficient to match the methane concentration in the plumes. But once they added biological methanogenesis to the mix, it was almost a perfect fit. 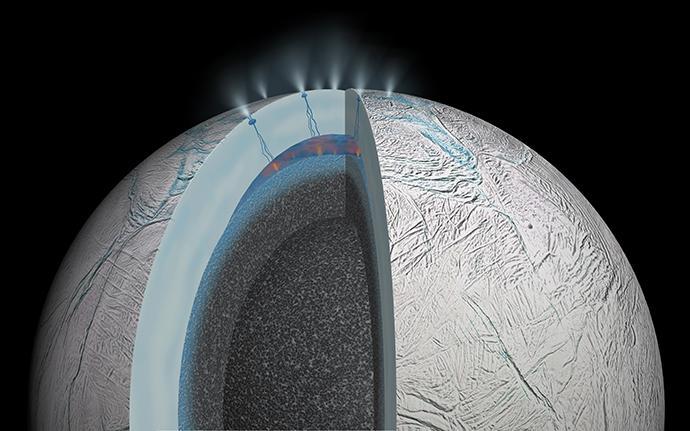 An illustration of the cutaway view of Enceladus that depicts possible hydrothermal activity that may be occurring on and under the seafloor of Enceladus’ subsurface ocean based on results from NASA’s Cassini mission. Photo credits: NASA/JPL-Caltech

The researchers did not conclude that life exists in Enceladus’ ocean. Rather, they wanted to fathom the likelihood of life existing in the hydrothermal vents of the moon.

While the presence of life is likely, more data from future missions is still required to support or even reject the “life hypothesis”. And as the cherry on the cake, this study’s methodology gives other researchers another way to interpret chemical data from other planets in our Solar System and beyond.

For all we know, the extraordinary plumes could be caused by processes that don’t involve life forms but are different from the ones known to occur on Earth. After all, the processes were modelled based on life, as we know it. Life and geological processes on other planets might be completely different from those on Earth!

But that’s the gist of space exploration. There’s just so much that we do not know about. And it’s exciting to know that we are always just one space probe away from another major discovery.

Main picture: View of Saturn’s moon Enceladus via the Cassini spacecraft. A new study by a group of biologists shows that something is producing a lot of methane in the moon’s subsurface ocean. Could it possibly be life? Photo credits: NASA/ESA/JPL/SSI/Cassini Imaging Team