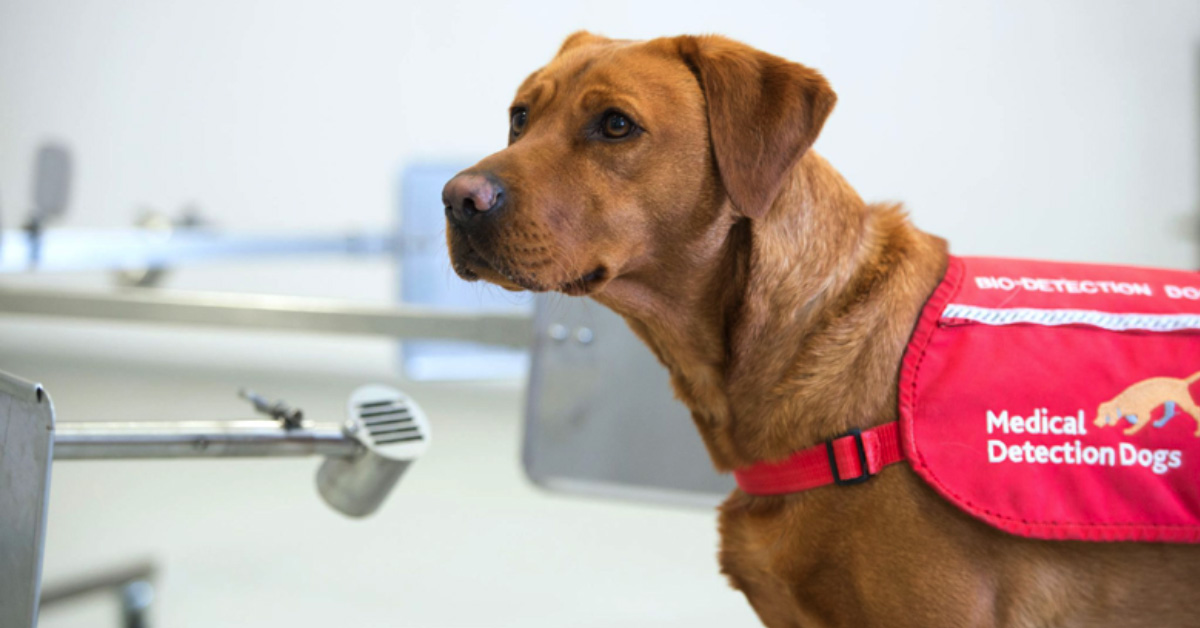 Watch out Covid, there are new furry detectives in town!

Dogs can be trained to smell low blood sugar, certain cancers, and even detect oncoming seizures.

Now, a new proof-of-concept study, published in the journal PLOS ONE, showed that it’s paw-sible for trained dogs to sniff out the novel coronavirus that has been plaguing humanity since 2019.

Enlisting dogs for the Covid battle.

As the disease engulfed the globe, and medical practitioners deployed tools such as PCR tests to detect the virus (SARS-CoV-2), some researchers are seeking to use biological weapons against Covid-19.

And these biological weapons have four legs and a wet nose!

Dr Claire Guest, Chief Scientific Officer at charity Medical Detection Dogs, collaborated with the London School of Hygiene and Tropical Medicine (LSHTM) and Durham University in a study to train dogs in sniffing out the disease.

The furry creatures have an incredible sense of smell. They’ve got up to 350 million sensor receptors dedicated to olfactory – their noses can be 100,000 times more sensitive than ours!

We’ve all got our own unique odour, but what researchers didn’t know until more recently was that when we have any disease or condition, our odour changes very subtly.

And dogs with their heightened sense of smell and high trainability, were trained for 8-10 weeks to recognise the scent emanating from people tested positive for Covid-19 using worn socks, face masks and t-shirts of various materials.

In the experiments, there were also large numbers of controls or people with other diseases and conditions.

During the process, the good boys and girls were rewarded with yummy treats when they accurately identified a positive sample or correctly ignored a negative one.

“The dogs are 94% reliable in sensitivity, with their ability to detect Covid-19 even if it’s asymptomatic”, says Dr Guest.

But the ability of dogs to swiftly identify covid-positive individuals within a limited amount of time make them very valuable assets at scenarios that require rapid mass screening.

At crowded places such as airports, where they can quickly sniff out disembarking passengers, trained dogs will be a great additional screening tool alongside more conventional tests.

Researchers say two dogs could screen 300 people coming out of a flight in half an hour, and those identified could then be flagged for a confirmatory PCR test.

This could dramatically reduce the number of people requiring hotel quarantine and also effectively prevent any super-spreader events.

Dr Guest says that the research is still at an early stage, and the next phase of the study will involve sniffing out infected people, either stationary or moving, instead of bits of clothing.

Excited to see covid-sniffing dogs in the near future?

You may well see them at an airport in the very near future but prepared for a ruff ride, as you might be covid paws-itive…