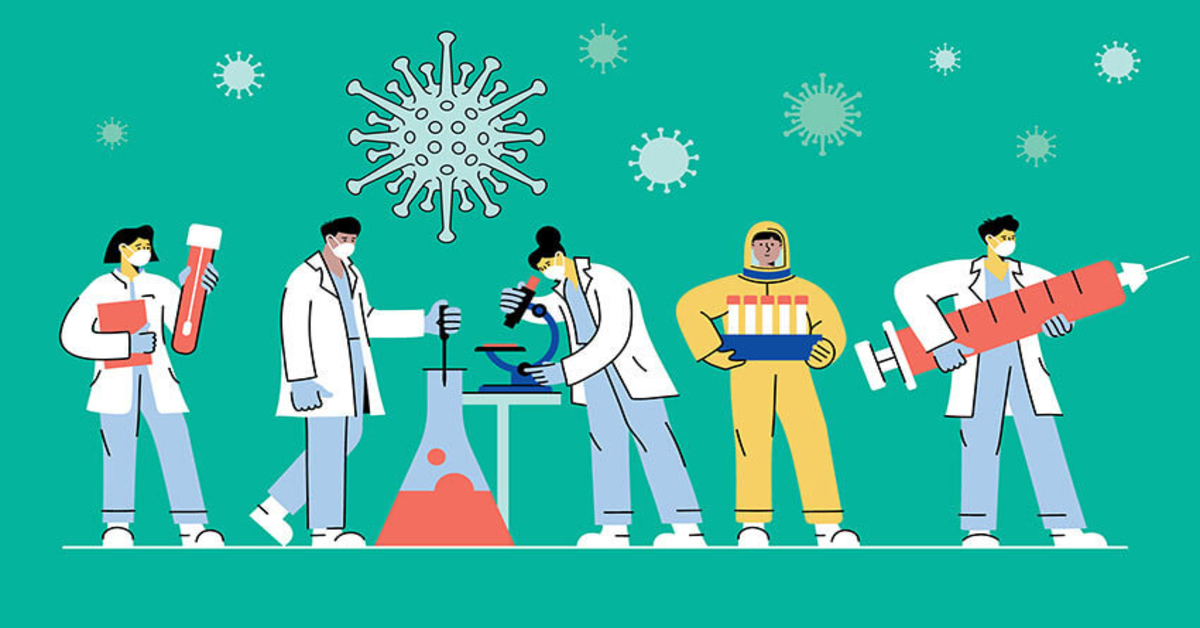 Before the COVID-19 pandemic, you might have never heard of the term ‘mRNA’. Or you weren’t the least familiar with it.

While the name ‘mRNA’ – short for messenger ribonucleic acid, DNA’s sidekick – entered the average household in the past few months, scientists have actually spent decades attempting to perfect the novel approach to immunisation.

mRNA technology was already so ripe that, when Chinese scientists published the genetic sequence of the SARS-CoV-2 virus at the start of the pandemic, Moderna, an American biotechnology company with a major focus on mRNA tech, was able to rustle up a vaccine within a record-breaking 48 hours.

Weeks later, the vaccine was already shot up the arms of clinical trial participants. And at a mere nine months after the start of the pandemic, the first licensed vaccine – made by Pfizer in partnership with BioNTech – was already administered to the public.

But what happens when you receive an mRNA vaccine and the fat-coated mRNA molecules enter your body?

The core principle behind the workings of the mRNA vaccine is deceptively simple, and even beautiful: The most powerful drug factory might be inside all of us.

We rely on proteins for almost every bodily function, and mRNA is similar to a recipe required by cells to know which proteins to make. If we could tweak these mRNA molecules, we could in theory instruct our cells to make just about any protein under the sun.

The implications are wide-ranging. With mRNA, we could mass-produce naturally occurring molecules in the body to regenerate organs or enhance blood flow. We could also command our cells to cook up an off-menu protein, which our immune system would be trained to recognise as a dangerous foreign substance and destroy.

In the case of COVID-19 mRNA vaccines, they send intricate instructions to our cell factories to manufacture SARS-CoV-2 “spike proteins”. They are the structures on the virus surface that attach to the host cells and trigger the coronavirus disease. This is when our immune system sounds its intruder alarm and targets these proteins for destruction without disabling the mRNA.

Later, if we contract the full virus, our immune system would have already been trained to identify the spike protein. And with the precision of a well-trained military operation, our system attacks the virus, greatly lowering the risk of infection and preventing severe illness.

A messenger with a bright future.

As you may see, mRNA technology is heavily poised to reshape biotechnology and revolutionise precision medicine.

Tuberculosis. Cystic fibrosis. Malaria. HIV. Hepatitis B. Rabies. These are just some of the deadly diseases that scientists say could be the next focus of mRNA treatments.

The technology may also be a shining beacon of hope in our battle against cancer. Akin to the working principle of the COVID-19 vaccine, we could modify mRNA so that it instructs a patient’s cells to produce protein fragments based on a tumour’s genetic mutations. This would then prompt the immune system to search for other cells with the mutated proteins and attack the tumour cells that remain, forming the basis of mRNA cancer therapy.

A journey with a lot to learn from.

We can also learn from the rapid development and rollout of the novel mRNA vaccine that speed demands preparation.

For years – and even decades – many scientists, government organisations and philanthropic companies bet on a technology whose initial responses were barely lukewarm. But together, they pieced the puzzle to give us the full picture of how it could work.

Without arduous early efforts to prove that mRNA tech is viable, there might be no Moderna or BioNTech.

Without repeated failures in designing a workable HIV vaccine, scientists might still be in the dark about other technologies that serve as the critical foundation for the development of mRNA vaccines.

Without generous philanthropic funding, some pharmaceutical companies might have gone belly up before having a chance to roll out their licensed vaccines.

Without the global collaboration of researchers to unravel the workings of the virus’ spike protein, we might not have fathomed this pathogen enough to rapidly design a vaccine to conquer it.

From stagnant scientific research to groundbreaking technology, the success of mRNA is a striking endorsement of the crucial role of science in the world we live in and the humbling power of human innovation in the face of extreme adversity.