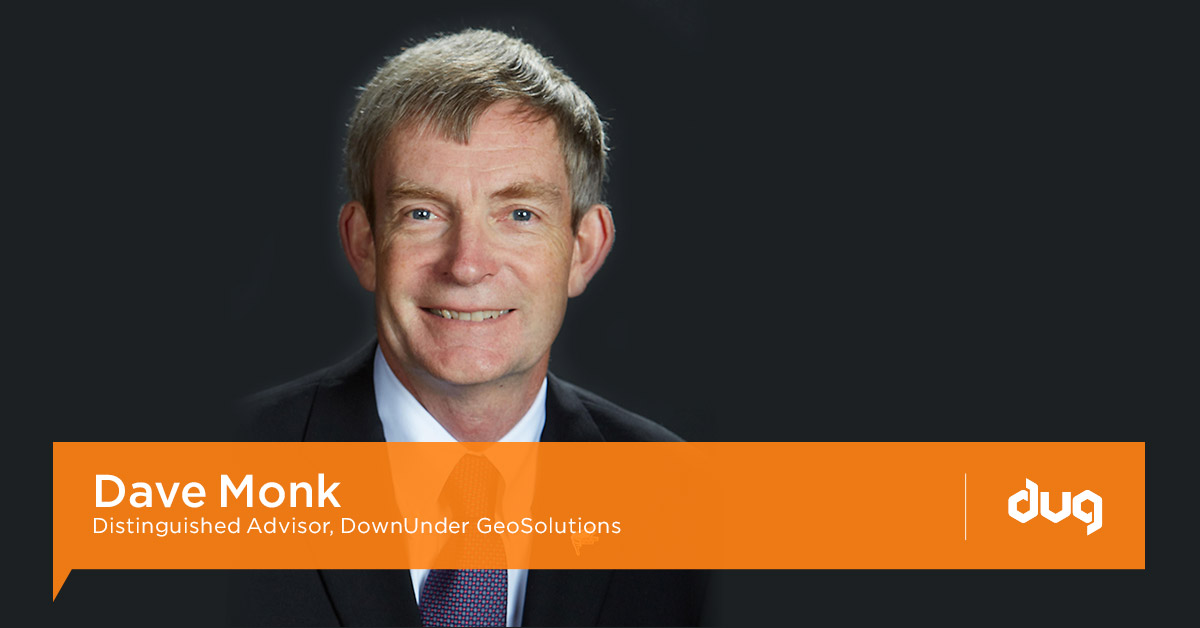 We are thrilled to announce the appointment of world-respected geoscientist, Dave Monk, in the role of Distinguished Advisor. Dave had recently retired after nearly 20 years in senior roles at Apache Corporation.

In Dave’s advisory capacity he will work alongside our executive team as they navigate one of the most successful periods of growth for our company.

Dave started his career on seismic crews in West Africa after graduating from the University of Nottingham in 1979 with a Doctorate in Physics. His seismic processing and acquisition career has taken him all over the world, in a variety of research and leadership roles. He has become known as an innovator and leader, having patents in many different areas of seismic technology and authoring more than 100 technical papers and articles. He is a past president and life member of SEG and has honorary memberships of several other technical organisations.

DUG Managing Director, Matthew Lamont said, “Dave is one of the industry’s greats. Not only has his career seen him personally advance the science of geophysics, he is highly respected and widely admired. We know that all at DUG will benefit greatly from his wisdom”.

Monk said he is looking forward to his new association with DUG. “I have worked alongside many of the team at DUG for several years as they have been a trusted and valued processing and imaging partner. I have always been excited by the innovative direction DUG has taken, and continues with its business today, and I’m enthusiastic about the opportunity to contribute to their success.”