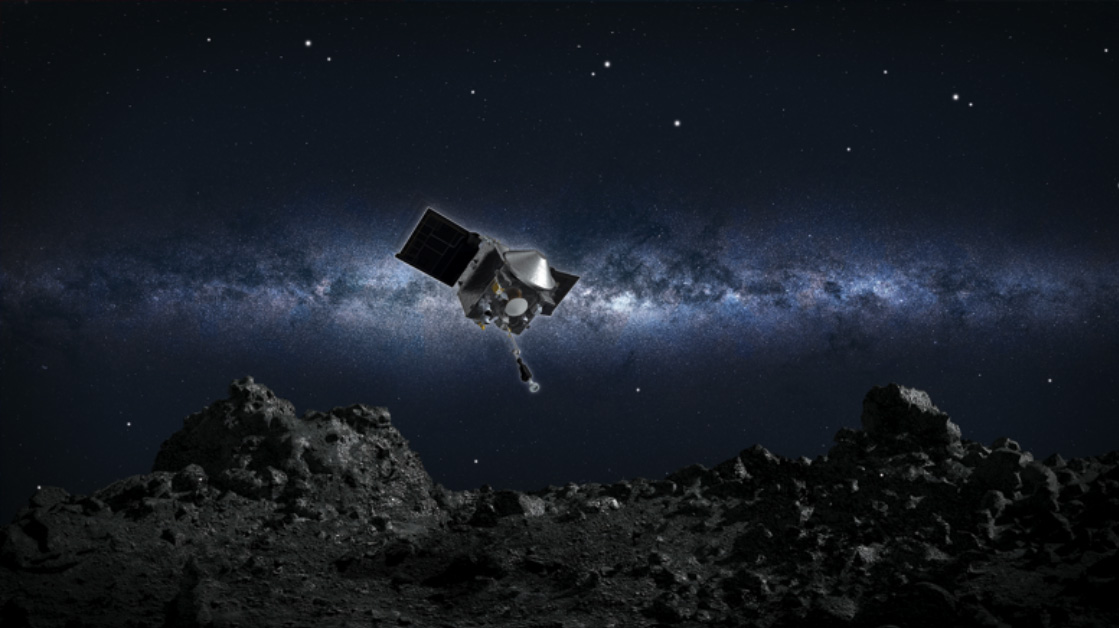 The first ever NASA asteroid-sampling mission is heading back to Earth!

On April 9 2021, NASA’s Origins, Spectral Interpretation, Resource Identification, Security, Regolith Explorer (OSIRIS-REx) spacecraft had its final peek at Bennu, the asteroid from which it scooped up a sample last October, before embarking on its return voyage to Earth.

The capsule containing the cosmic dirt that’ll reveal deep secrets of our Universe is slated to touch down in Q3 2023.

What’s more exciting – planetary scientists at the Space Science and Technology Centre at Curtin University (SSTC) will be one of the first to get their hands on the pristine material left over from the formation of our solar system.

Planetary geologist Professor Phil Bland, also the director of SSTC and a member of the Mission Sample Science team, will analyse the materials mined from Bennu with the Geoscience Atom Probe at Curtin.

Though more than two years away, full-fledged planning on what to do with the material is already underway by the science team.

“It’s going to tell us an incredible amount about the formation of the Solar System and where the Earth comes from”, says Professor Bland.

Shopping for rocks in space.

OSIRIS-REx initially spent two years studying the asteroid with its suite of scientific instruments mostly consisting of cameras and spectrometers.

A consortium of high-tech cameras collectively called OCAMS are responsible for most of the high-clarity images captured by the spacecraft.

A Thermal Emission Spectrometer (OTES) surveys the asteroid surface to analyse mineral and chemical abundances. It also measures how hot (or cold) Bennu is.

The Regolith X-Ray Imaging Spectrometer (REXIS) detects X-rays from Bennu and translates that information to map the elemental abundance of the asteroid’s surface.

Many secrets of this ancient body were uncovered by these cool science kits. They delivered clues about its rubble-pile-like consistency and surface terrain, which turned out to be much rockier and more rugged than initially expected from the observations of ground-based telescopes.

The last – and arguably the most exciting – instrument is a mechanical arm called TAGSAM responsible for the momentous event of sample collection from Bennu’s surface.

After careful consideration of potential locations on the asteroid, NASA selected “Nightingale” as the final sample collection site as it contains the most amount of unhindered fine-grained material.

Having completed a couple of dress rehearsals, the final Touch-And-Go (TAG) sampling event unfolded as the spacecraft descended close to Bennu’s surface, extended its robotic arm to briefly touch the asteroid surface for seconds, let out a strong fart of nitrogen gas, and captured the rocky material stirred up in the sampler head.

The sampling mission will bring back much more material than anticipated – almost a kilogram worth of material for eager scientists to study extensively.

Professor Bland notes that material from sample return missions can be analysed for decades.

“This is the biggest haul of space rocks from a heavenly body since the Apollo program, and we are still learning new things about it today.”

While Curtin scientists await in high anticipation, we wish them, and the whole OSIRIS-REx science team, the greatest success in providing another piece in the gigantic jigsaw puzzle that is the origin of our solar system.