Astronomers around the world are surfing towards a new focus to seek alien life beyond our solar system: Waterworlds.

Hycean waterworlds are a new class of potentially habitable exoplanets – planets that orbit a star outside the solar system. The word ‘Hycean’ is a portmanteau coinage, combining ‘hydrogen’ and ‘ocean’, since the far-away worlds are hot, ocean-covered exoplanets with hydrogen-rich atmospheres.

These planets are said to be humanity’s best bet at finding life beyond Earth, according to a new study carried out by researchers from the University of Cambridge.

Sharing the focus with rocky exoplanets.

To search for extraterrestrial life, researchers have historically turned to planets of a similar size, mass, temperature and atmospheric composition to Earth. But the Cambridge researchers suggest that Hycean worlds have an equal if not better chance of sustaining ET life.

A potentially habitable waterworld that was recently discovered, nicknamed ‘mini-Neptune’, is more than twice the radius of Earth and more than eight times as massive. Affectionately called K2-18b, the waterworld is 124 light-years away from Earth and is just one of the many waterworlds in existence.

The oceans on such worlds could engulf the entire planet and reach depths greater than the Earth’s oceans. Researchers also speculate that the conditions within them could be compatible with some forms of Earth-based microbial life. The ‘dark side’ of the planets could also be teeming with life if they’re tidally locked with their host star. What’s more, the planets could be habitable even if they’re much less exposed to radiation from their host star than the Earth is from the Sun. This results in a wider Goldilocks zone – a habitable zone where it is not too cold or not too hot for water to remain liquid. The possibilities are vast!

The search is on. 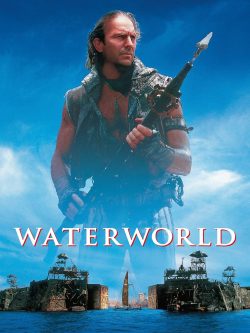 Several factors must be considered to ascertain if a planet is indeed Hycean. Researchers have to assess the mass, temperature and atmospheric conditions of the candidates to eliminate the non-Hyceans. Once a candidate is given the golden ticket (re: American Idol), researchers will then search for molecular ‘signatures’ of life on the planet, determining if the candidate truly is a Hycean Idol.

Chemicals produced by metabolic processes of microorganisms would be relatively easy to detect on Hycean planets using spectroscopy. More excitingly, researchers claim that such biosignatures could be detected within the next two or three years. Aiding the search for life will be one of the herculean tasks of the brand-new James Webb Space Telescope, the successor to the Hubble Space Telescope.

With the launch of the highly anticipated next-generation telescope later this year, soon we might be able to find out if alien microbes are indeed making a splash on these giant waterworlds!