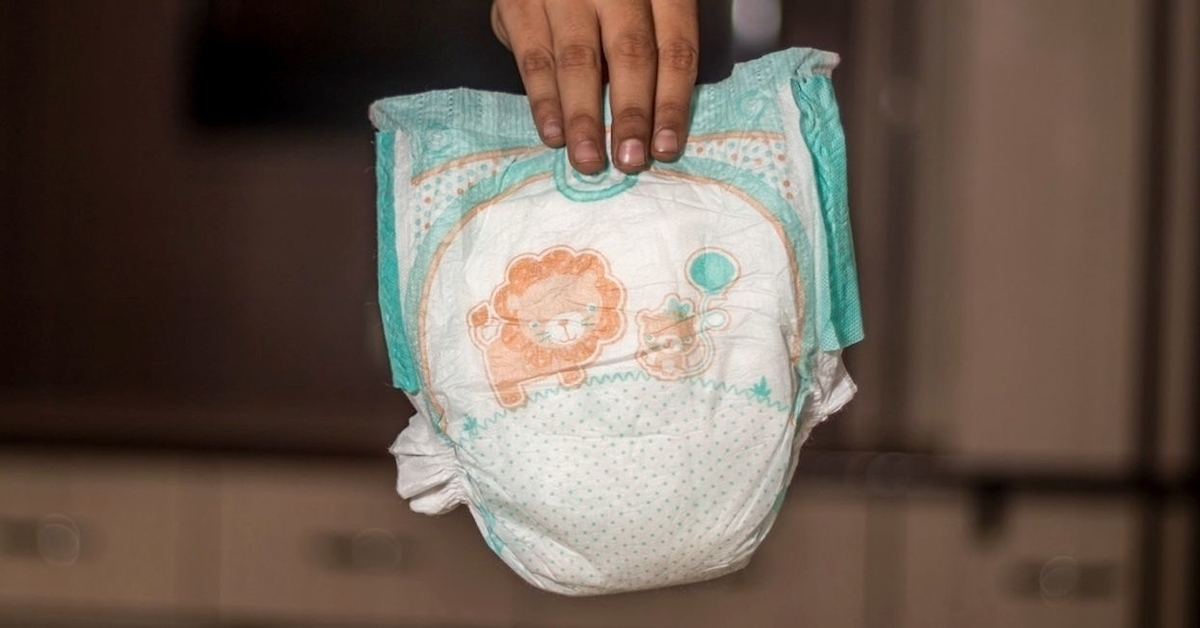 Whenever a plastic bag or container degrades, a lot happens on the microscopic level that evades human perception.

When you do your laundry, extremely small plastic fibres slough off your clothes and get flushed to wastewater treatment plants, most of which end up in the sea. When you drive your car, the tyres and brake pads break down gradually, releasing tiny plastic particles into the atmosphere.

Everywhere scientists look, they’re finding microplastics — very fine specks of synthetic plastic with sizes ranging from as small as one-tenth the width of human hair, to twice the size of fine beach sand. These microparticles are so fine that they’ve even made their way to some of the most pristine regions on Earth such as Antarctica.

Now, researchers have detected these pesky particles in the excrement of babies.

In a recent study published in Environmental Science and Technology Letters, researchers sifted through the dirty diapers of six 1-year-olds to collect the microplastics. They did the same with three samples of meconium — a newborn’s first faeces — and stool samples from ten adults.

Carefully excluding the microplastics that came from diapers, the scientists found an alarming average of 36,000 nanograms of polyethylene terephthalate (PET), about ten times the amount they found in adult excrement. PET is a type of plastic polymer used in many plastic products, from polyester clothing to plastic bottles. Shockingly, microplastics were even detected in the meconium samples, suggesting that newborns already have plastics in their systems.

Scientists think that compared to adults, infants could have more exposure to microplastics. From drinking formula prepared in plastic bottles, to putting almost everything in their mouths, to chewing on fabrics and crawling on carpets and hardwood floors that shed microplastics, there are just too many routes in which microplastics can enter children’s systems. Some studies even show that every day in a common household, tens of thousands of microfibres might land on a single square metre of floor, having flown off clothing, curtains and any synthetic material. And given the behaviour of infants, most of the settled microplastics would be agitated, re-circulated in the air, and inhaled.

Microplastics are known to cause severe problems, such as intestinal tract blockages, in small creatures. Exposure to microplastics can also hamper the growth of sea creatures, and some have even evolved to live with it.

But the health effects of microplastics on humans, and more pressingly, on infants, is still unknown. In the race to find out, scientists report that plastics comprise at least 10,000 different types of chemicals, a quarter of which pose health concerns for humans. Many of these chemical additives serve to enhance plastic properties, like increasing flexibility and strength, or providing protection against UV rays that degrade plastic faster. Of particular concern are chemicals that disrupt the normal functioning of our endocrine system. The infamous bisphenol A (BPA), a synthetic compound used as a protective lining for hard plastics, can mess up our hormones and lead to reproductive, neurological and metabolic maladies. It has even been linked to various cancers.

Currently, more studies are still required to confirm the doses and types of chemicals in microplastics that can potentially lead to adverse outcomes related to human health.

But unfortunately, our daily lives and the usage of plastics are so intertwined that it’s quite impossible to separate the two. With the modern lifestyle, babies and young children are exposed to so many different sources of microplastics for which scientists are still unsure of what effects they will cause later in life.

According to National Observer, in the meantime the best that one can do is limit the contact between children and microplastics as much as possible. Prep infant formula in a glass bottle, and then transfer it to a plastic one once it cools. Vacuum floors frequently to eliminate microfibres. Avoid using plastic wrappers or containers whenever possible. Microplastics have crept into almost every aspect of our lives — getting rid of them is a tall order, but you can lower your family’s exposure to them.