Welcoming our new board members. 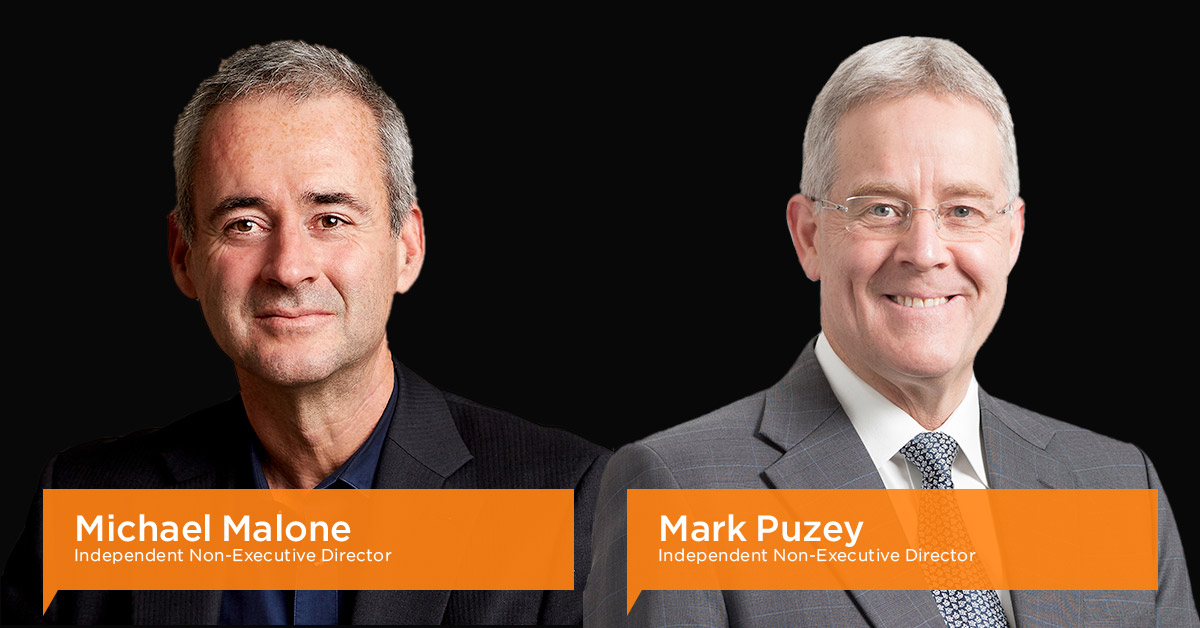 We are excited to announce the appointments of two new board members: iiNet internet entrepreneur Michael Malone and former KPMG partner Mark Puzey.

The appointments follow that of former WA Chief Justice Wayne Martin as chairman who was appointed earlier this year, and completes a board expansion that readys us for the recently-announced share market float on the ASX.

Mr Malone has a wealth of experience in developing and growing companies that will be invaluable as we continue to expand into new markets.

We know our company will benefit enormously from both their experience and expertise.

Our sharemarket float on the ASX was announced this week in the West Australian (article can be found in Hot off the Press). Stockbrokers Cannaccord Genuity have been appointed to lead the float and a prospectus will be released by the end of June.