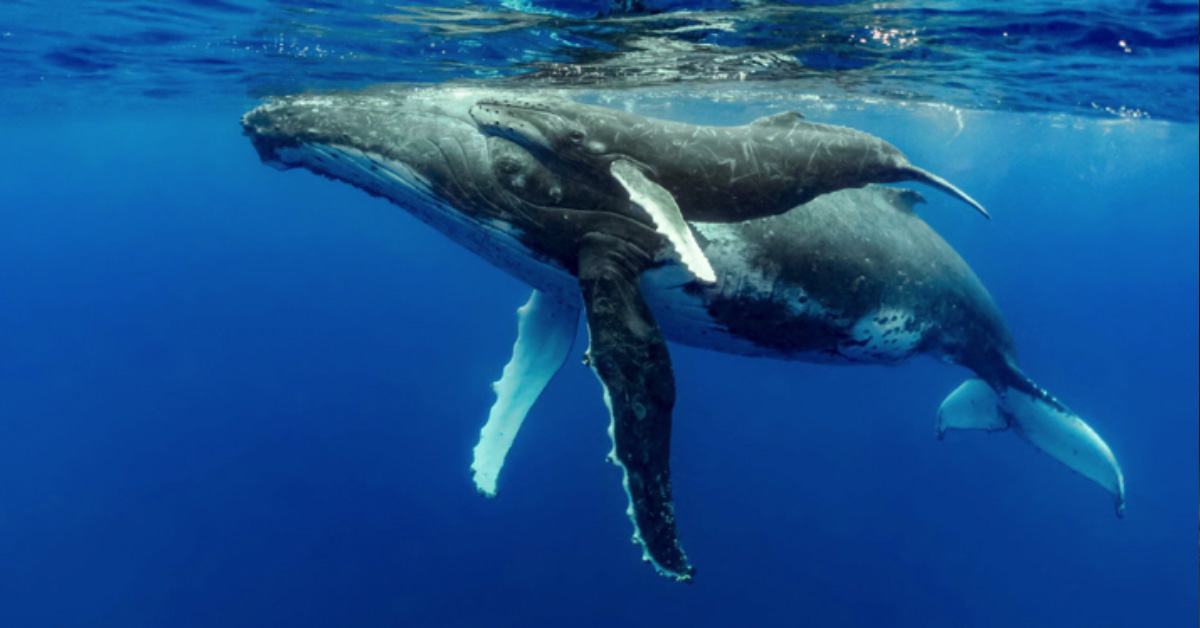 There is over-whale-ming evidence that whales, the world’s largest mammals, are instrumental in combating climate change – they’re nature’s very own carbon capture system.

Economists with the International Monetary Fund (IMF) have even placed a price tag on whales.

Taking into account today’s value of the carbon sequestered by a whale over its lifetime, as well as its other economic contributions such as fishery enhancement and ecotourism, a single great whale is worth over $ 2 million USD.

With the current population of great whales, they’re worth easily over $ 1 trillion.

But how do these evolutionary marvels play a role in the fight against climate change?

When it comes to whales and the climate, think of one word – poo-nami.

The massive plumes of shrimpy excrement that these mammals unapologetically poop out are surprisingly relevant to the climate’s carbon cycle.

After feeding in the deep ocean, whales return to the surface of the sea periodically to breathe and poo. In doing so they release faeces rich in iron, phosphorus and nitrogen – the perfect nutrient concoction for phytoplankton blooms.

These microscopic marine algae, when taken together, have an enormous effect on the planet’s atmosphere.

Besides producing at least 50% of the oxygen in the atmosphere, these climate powerhouses collectively pull carbon out of the air via photosynthesis.

They’re so influential that they can capture an estimated 40% of all carbon dioxide produced – equivalent to the carbon captured by 1.7 trillion trees. That’s worth four Amazon forests combined! 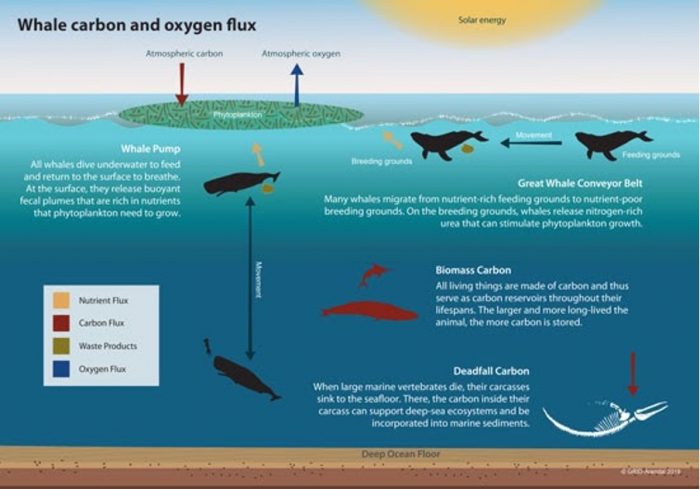 The role of whales in capturing carbon. Photo credit: IMF

You may be surprised the know that whales are not only valuable while alive.

When a whale dies naturally, its carcass descends to the bottom of the sea, taking all of the stored carbon with it, where it remains locked for centuries or more.

The carcasses become unique habitats for deep sea creatures – up to 200 different species – many of which only are only found on these decaying cadavers.

A 2010 study estimated that eight types of baleen whales transport roughly 30,000 tonnes of carbon into the deep ocean each year as their dead bodies sink.

The researchers also found that if industrial whaling were out of the picture, populations of whales would have extracted between 190,000 to 1.9 million tonnes of carbon each year – equal to reducing the number of cars on the road by 40,000 to 410,000 each year.

“We need to think of whaling as being a tragedy that has removed a huge organic carbon pump from the ocean that would’ve been having a much larger multiplying effect on phytoplankton productivity and the oceans ability to absorb carbon.” says Vicki James, policy manager at Whale and Dolphin Conservation (WDC).

The earliest record of commercial whaling was in 1000 C.E. For centuries, humans have hunted whales for meat, oil and whalebone, killing tens of millions of the species and causing a population decline from anywhere between 66% to 90%.

Today, it’s clear that we have viable alternatives to whale products, and these beautiful creatures play an incredibly valuable role in the world’s ecosystem.

Enhancing protection of whales from human-made dangers would deliver multi-faceted benefits to ourselves, the environment, and of course, the whales themselves.

Nature has had millions of years to perfect this organic carbon-sink technology, making these huge organisms irreplaceable in mitigating and building resilience to climate change.

Our job is to save the whales, so that they can once again thrive.