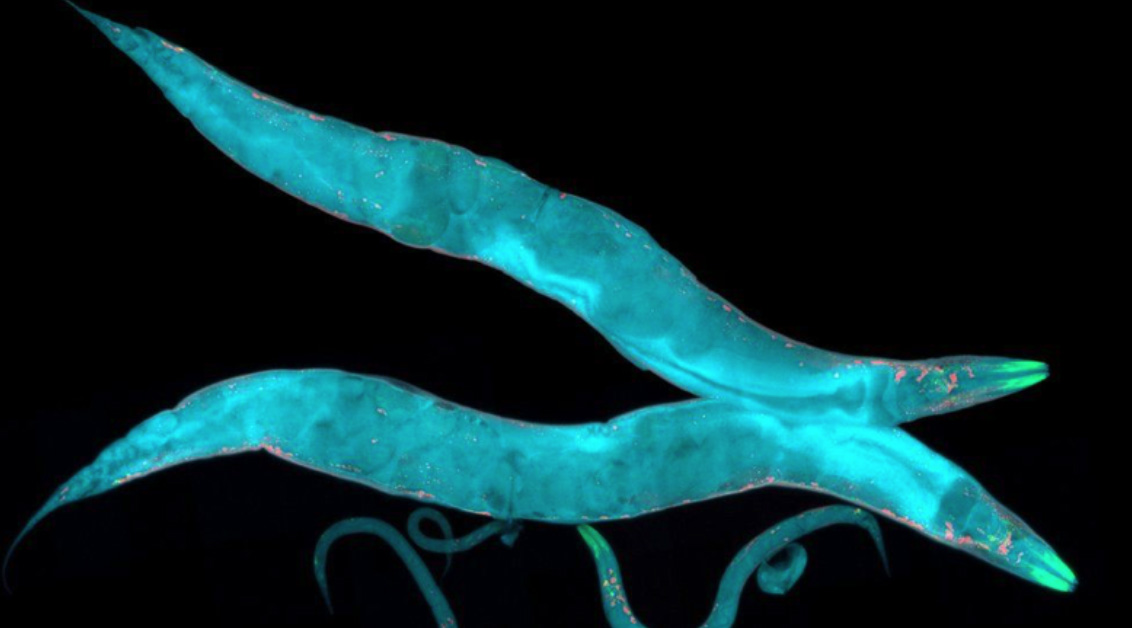 In the world’s most recent space endeavour, tens of thousands of worms slithered their way onto the International Space Station (ISS).

So here’s the story – NASA sent a resupply spacecraft to the ISS on February 20, 2021, shuttling roughly 3600 kg of precious science cargo and astronaut supplies. Buried somewhere in the cargo are the wriggly worms, destined to cozy up with the astronauts at the ISS. Once settled in, they will flex their muscles to navigate a tiny obstacle course in an out-of-this-world science experiment, designed by researchers from the universities of Nottingham and Exeter.

Sounds like a fatuous experiment, but don’t be fooled by its simplicity – it serves a highly critical purpose!

Muscle atrophy is one of the challenges of long-term space exploration. So to understand how our muscles degrade in space, NASA sent in a crack team of worms in a special device known as the NemaFlex.

“If you want to measure how strong these worms are, you need to figure out a way to measure all the forces the worms are exerting. The NemaFlex device has essentially an array of soft colours, and as the worm crosses the array of pillars, we can record pictures of the degree of deflection caused by the worm.” explains Professor Siva Vanapalli, one of the researchers involved in the project. 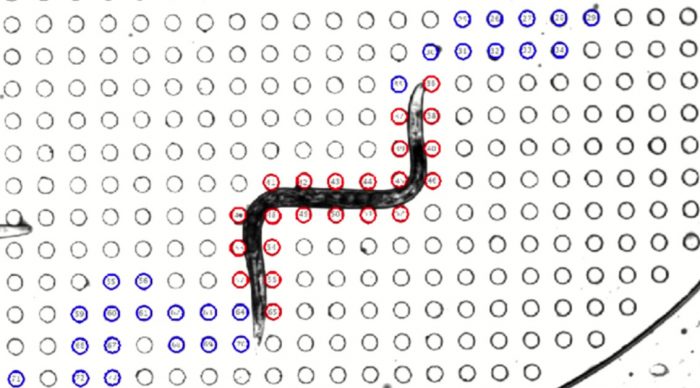 A C. Elegan moving and touching the pillars of the NemaFlex device. Photo credit: NASA

These 1 mm worms are cost-effective model organisms to test on, because they’re not only flight proven, but they’re the first multicellular organism to have their entire genome sequenced.

This means that scientists can spot changes in their system pretty effortlessly through genome sequencing. One of which is the expression of key muscle genes being reduced while the worms are in spaceflight.

With NemaFlex, scientists can determine if that decreased expression is related to the strength the worms exert while they’re moving through the device.

C. Elegans can also reproduce extremely quickly, giving researchers the perfect opportunity to see if this gene is passed on to further generations when the worms return to Earth.

“If our devices are able to record these changes in strength, then it opens up tremendous opportunities in conducting experiments on different drugs, and figuring out how to maintain and improve the health of astronauts.” says Dr Vanapalli.

The loss of muscle mass is accelerated in microgravity environments, such as those in space. Although astronauts stick to a strict routine of exercise and follow a nutrient-rich diet in space, they still experience a significant loss in bone and muscle mass.

Figuring out how to treat and even prevent it from happening in the first place is of utmost importance when humans start venturing out to further-away destinations like Mars.

Amazing to think that such a tiny, simple creature has the potential to make a monumental impact on how we progress as a space-faring species!