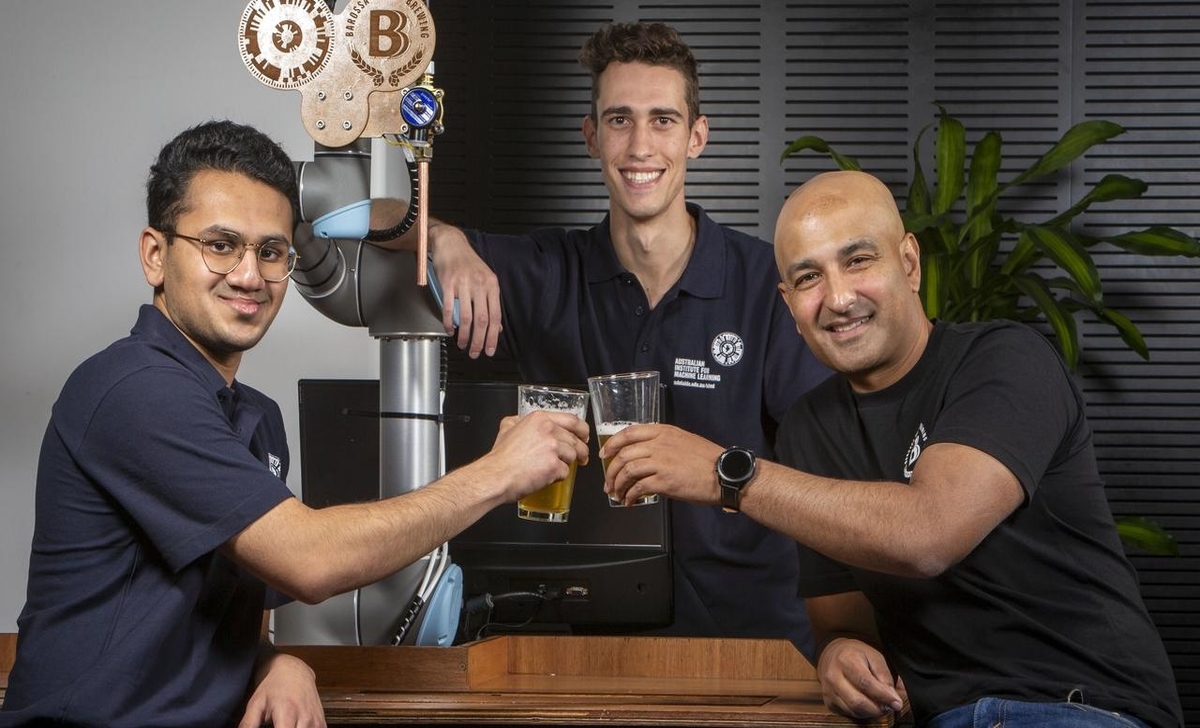 Artificial intelligence (AI) and machine learning (ML) can make our world more productive and effective in a multitude of ways. From predicting protein structures to generating life-like portraits and developing better solutions to address various seismic processing challenges, the effects of AI and ML ripple through our everyday lives.

But did you know that using data to inform brewmasters’ decisions is now possible with AI?

The beer brewing process is an intimate amalgamation of art and science. And AI can offer a powerful helping hand in the latter.

A special project from the University of Adelaide’s Australian Institute of Machine Learning (AIML), in collaboration with Barossa Valley Brewing, has resulted in Australia’s first-ever AI-crafted IPA.

In search of the perfect brew, two Adelaide computer science students first built a dataset using more than 260,000 existing craft beer recipes available online. They then created a neural network that was able to learn how to make beer by analysing the vast trove of brewing records.

The result was an intelligently named beer called AI2PA.

Beer is made of four main ingredients: grain, hops, yeast and water. What makes beers different from one another is the slight, but significant variation in those ingredients. Careful and precise changes to the durations and temperatures at particular stages of brewing could lead to distinct flavours of beers.

The act of creating AI to make beer itself is already a challenging feat. But creating one that can make beer that could truly satisfy your taste buds is even more challenging. The researchers collected data such as the number of times certain beer recipes had been viewed and how many people claimed to have brewed it or any other information that indicates a beer’s popularity.

After learning to judge the recipes, the neural network created by the researchers then produced its own recipes with a whopping 60 data points ranging from required ingredients and quantities, to very specific brewing information such as yeast fermentation temperature and techniques on how to handle the hops. Other indicators include alcohol content, colour and bitterness. 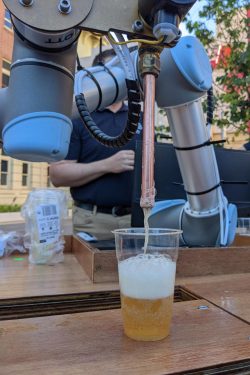 Ultimately, there were 30 potential AI beer candidates. But AIML placed the final verdict in the hands, or rather, the mouths of the experts at Barossa Valley Brewing.

Want a full sci-fi drinking experience? The AIML engineers have also built a robotic arm that can automatically detect when an empty mug is placed on a bar (via infrared proximity sensors) and proceed to swiftly refill it with chilled beer straight from the keg using a solenoid valve, though they still need to work on the froth.

Your friendly robot bartender…coming to a bar near you…

While many people think of AI and ML as specialised tools that are only accessible to large tech companies, it is interesting to see how these tools can augment a very simple aspect of our everyday lives, such as drinking beer. It also shows that we’re at a stage where ML can be used in collaboration with many diverse industries, opening the door to more growth and innovation in the field.