Percy starts the search for life on Mars. 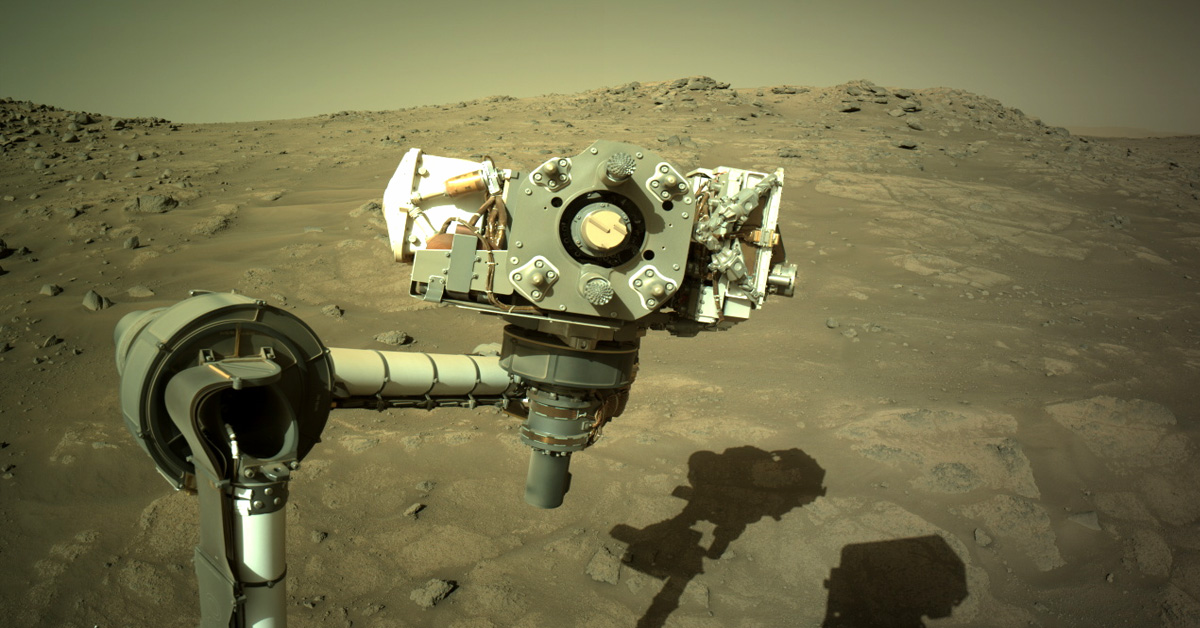 The hunt for Martian life has begun for Percy the Mars rover!

After months of travelling through space, enduring the ‘7 minutes of terror’ and weeks of exploring the Martian surface, NASA announced that its Perseverance rover is at long last beginning its primary scientific task: extracting a core the size of a finger from a former lake-bed in a part of the Jezero Crater, called the “Cratered Floor Fractured Rough”.

The six-wheeled robot geologist will begin its search by flexing its 2-metre (7-feet) mechanical arm. The question of whether there’s life on Mars might be answered with a drill-bit mounted at the end of the arm. It will grind into rocks, blowing compressed air to clear the grit, so that the automated geologist can get a clear glimpse of the underlying Martian rock.

Along with an up-close and personal analysis of the rocks with a suite of scientific instruments, the rover will zoom into the tiny segments of rock surface to investigate for signs of past microbial activity.

Though Mars is almost 400 million kilometres away from 221B Baker Street, one of the world’s most popular fictional detectives will be represented on the Red Planet. The SHERLOC (Scanning Habitable Environments with Raman and Luminescence for Organics and Chemicals), together with its partner WATSON (Wide Angle Topographic Sensor for Operations and eNgineering), will study the rock surfaces. They will map out the presence of certain minerals and organic molecules, which are the carbon-based building blocks of life on Earth. Don’t you love how catchy these names are?

Another key piece of technology aboard Percy heralds from Australia. Developed by Australian astrobiologist Dr Abigail Allwood, PIXL (Planetary Instrument for X-ray Lithochemistry) has already delivered strong science results while it was being tested weeks ago. The lunchbox-sized instrument was able to fire X-rays at tiny Martian dust particles to determine their composition and it will now seek out and study chemical signatures of microbial life in 3-billion-year-old rocks.

Perseverance’s Mastcam-Z and SuperCam, located on its mast, will also work in tandem with the other instruments to enable an unprecedented analysis of geological materials at the targeted working site. While Mastcam-Z captures high-resolution pictures, SuperCam will zap unreachable rocks with lasers to study the spectral composition of the resulting plumes.

Percy will not only analyse Mars samples on the planet itself, it’s also the first rover to bring a sample caching system to the Red Planet. This will eventually return humanity’s first samples from another planet to Earth!

Scientists and engineers at NASA did this by integrating two important components into Percy: the Bit Carousel and the Adaptive Caching System.

The Bit Carousel, which will sample Martian rock and dust, is the gateway for the samples to move into the belly of Percy for assessment and processing by the Adaptive Caching System.

The caching system consists of seven motors and more than 3,000 parts, all working together to ensure up to 43 samples are properly measured and photographed, hermetically sealed and securely stored. Click here to check out an animation of how the caching system works. After the sample collection process is done and dusted, Percy will then deposit the pristine sample tubes at known locations called “depots”. The tubes will then await retrieval by future Mars Sample Return missions, which will be a joint effort of NASA and the ESA (European Space Agency). 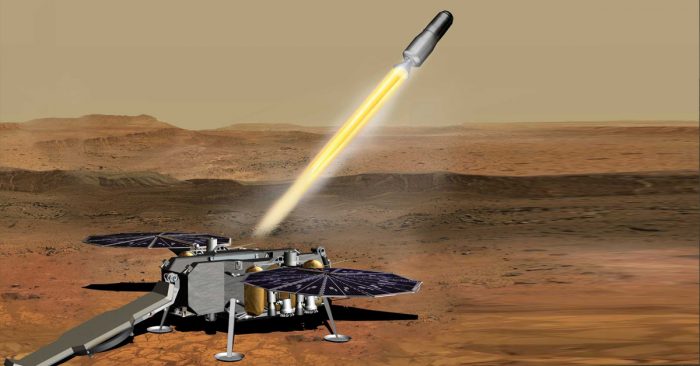 Illustration showing a concept of how the NASA Mars Ascent Vehicle, carrying tubes containing rock and soil samples, could be launched from the surface of Mars in one step. Photo credit: NASA

How they plan to return the samples is simply out of this world!

Another lander, called the Sample Retrieval Lander, will be delivered to the Jezero Crater on Mars by 2026. The lander contains the Mars Ascent Vehicle along with its Sample Fetch Rover, which will gather the cached samples and transfer them to the ascent vehicle. The samples will then be launched by a rocket from the vehicle into Mars’ low orbit, where it will be intercepted by a rendezvous spacecraft, called the Earth Return Orbiter, and returned to Earth. And to think that most of these systems (due to a communication latency of 4 to 24 minutes between Earth and Mars) are autonomous is just mind-blowing!