The SKAO is born! 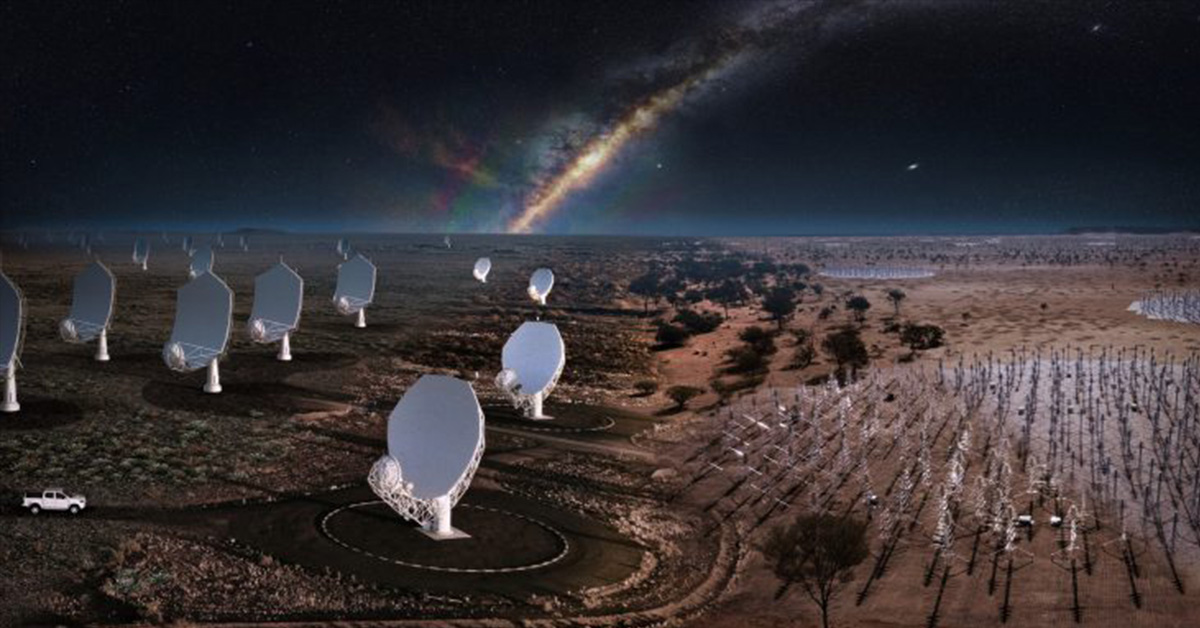 It is with great pleasure that I see the recent news of the birth of the Square Kilometre Array Observatory (SKAO), a monumental scientific event that promises to advance humanity’s understanding of the universe.

I first heard about the SKA nearly 20 years ago, when it was just a twinkle in the astronomers’ eyes.  It is fantastic to see it finally becoming a reality and that it will be jointly built in South Africa and Australia.  The precursor telescopes, ASKAP (Australian Square Kilometer Array Pathfinder), MWA (Murchison Widefield Array), MeerKAT have already delivered so many breakthrough scientific outcomes that the potential of the full SKA project is truly mind blowing.

The SKA is promoted as a software-telescope  and alongside the scientific ceilings it will destroy, also promises to push IT systems to dizzying new heights.  Just the observation data alone is predicted to need many TB/s (terra-bits per second – 100000x faster than your NBN), of bandwidth to carry it from the remote Australian desert to a population centre and an exascale computer.

The observations will then need processing to produce the scientific products, which is planned to be undertaken by data scientists across the globe, using many exascale facilities… and then operate for 50+ years.  The data! Just think of the data.  Hundreds of petabytes of data.

It is a huge experiment, will unlock massive amounts of incredibly valuable information about our universe and will drive technology innovation for decades to come.  What a historic milestone to see the birth of a great step for science.

Congratulations to all the scientists, engineers, politicians, community and dreamers who believed it could happen and made it so.

Read the official SKAO press release here. Hear from some of Team SKA what it means to them to be part of this moment in radio astronomy history here!

Picture credit: Nighttime composite image of the SKA combining all elements in South Africa and Australia. Credit: SKAO, ICRAR, SARAO / Acknowledgment: The GLEAM view of the centre of the Milky Way, in radio colour. Credit: Natasha Hurley-Walker (Curtin / ICRAR) and the GLEAM Team.